The odyssey of the Koutsogiannopoulos brothers

In 1870 the brothers Grigorios and Dimitrios Koutsogiannopoulos, originating from Katavothra Molaon of the Laconia Prefecture (Peloponnese), arrived in Santorini by sailboat. 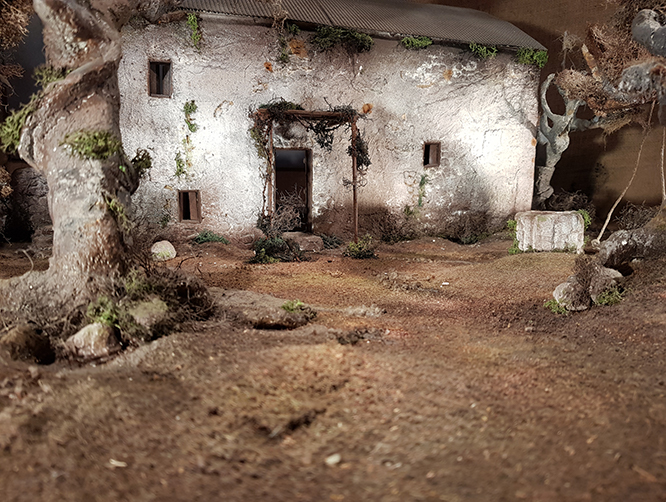 The sailboat was heading to the island of Syros which was a prospering commercial centre at that time. Instead of reaching Syros, the brothers disembarked on the island of Santorini due to strong west winds. Maritime trade was flourishing in Santorini; firstly, because there were many safe bays for sailboats around the volcano, and secondly and most importantly, because it was a transit route on the way to Crete and Egypt. Later on, wine trade relations were developed with Egypt.

From their very first contacts with the island, the young Koutsogiannopoulos brothers realised that Santorini presented great commercial interest which they decided to exploit, and started trading olive-oil that they transferred in wineskins from their home town. Their sharpness and hard work enabled them to develop, acquire real estate and sailboats and establish considerable financial standing within two decades, which was considered a remarkable achievement by the society of Santorini. 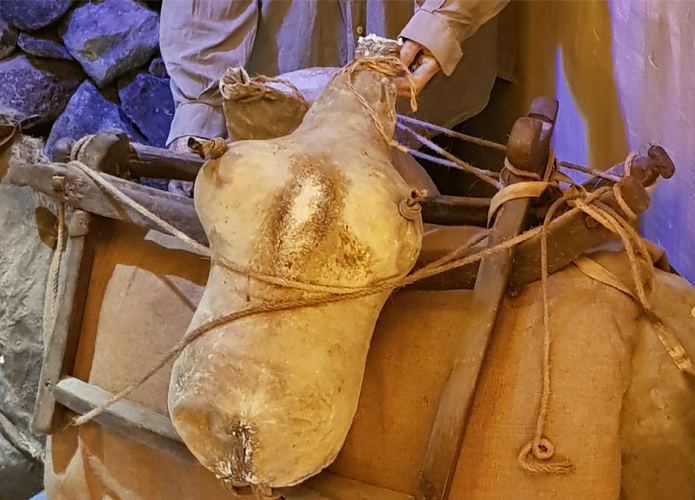 The Russians showed a preference for the dry wine of Santorini due to its high alcohol levels (17 – 18% alc), as well as for Vinsanto that was used at Holy Communion. The wine was poured from wineskins (mainly made from goatskin) into barrels, and then the barrels were transported by sailboats. The Russian Revolution of 1917 marks the end of these exports, but new markets open up in West Europe, France and Italy. The popularity of Santorini wine confirms it as a truly high-quality wine.
Before acquiring the first bottling equipment in the winery, wine was sold loose by the seki (1 seki = 10 litres) and only to a few customers in Santorini, given that each family produced its own wine. 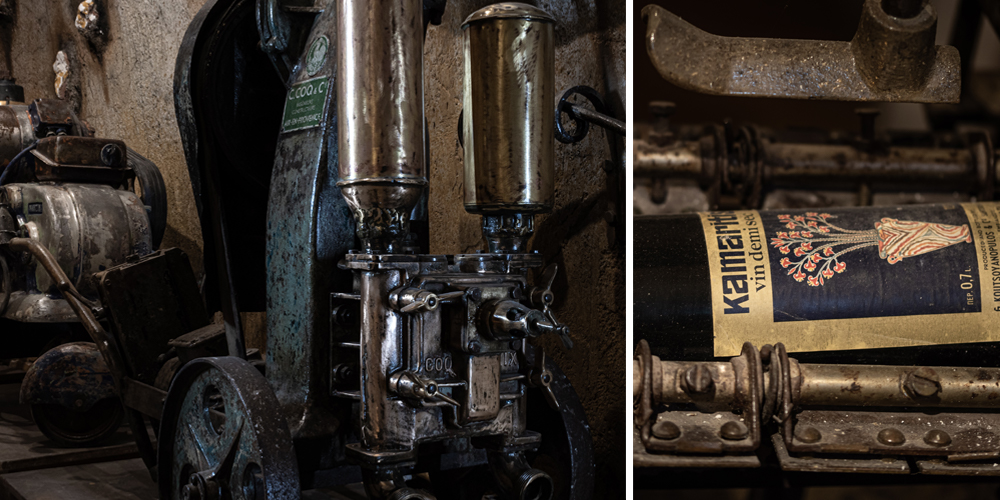 In 1967 the power station started operating in Santorini.

In 1970 we acquired the first electric machinery that helped to improve the winemaking process and the quality of Santorini wine.
Thus, in 1970 we gradually began bottling with the first semi-automatic winemaking and bottling equipment. Our first labels were VOLCAN and LAVA. This innovation was not received wholeheartedly by the public. They continued to trust loose wine that was produced in their own cellars and were suspicious of the quality of bottled wine, because they believed that it contained 'chemicals'. 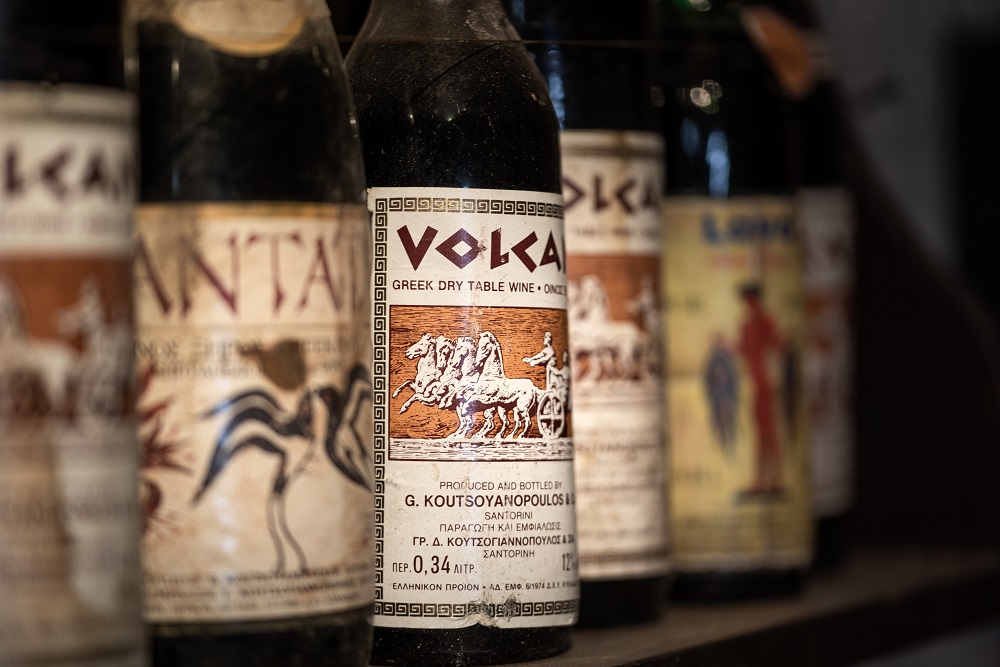 Today the winery continues to produce high-quality wine under the supervision, care and passion of fourth-generation owner, Giorgos Koutsogiannopoulos. Modern equipment made of stainless steel has replaced the wooden machinery and tools.
Equipped with state of the art technologies and with extensive experience in the vineyards of Santorini and the local grape varieties, we produce high-quality wine. We put forth our best effort to maintain and improve the quality of our wines and the aesthetic appearance of the bottles and labels to ensure the very best quality.

However, there is much more to the winery than this. It is also a cultural pioneer. By founding the Wine Museum on the same land as the winery, we wish to preserve our cultural heritage for the present and future generations. The Wine Museum is a glorious natural cave eight meters below ground, 300 meters long and has a labyrinth-like shape. The Wine Museum presents the history of vine-growing in Santorini. The visitors can learn about the life of vine-growers in Santorini from 1660 to 1970 through a range of exhibits.

140 years ago, people were only known by nicknames. These came from everyday life. People’s behaviour, profession, body type, characteristics, or some special quality (e.g. A a man with a large moustache was known as ‘George Moustakas’, a craftsman who made copper utensils was Kalaitzis. A tall man called Giannis was known as Giannaros. Giannaros went to war and, after suffering real hardship, he came home with only one leg. From then, he was known as Koutsogiannis [koutso=lame]. Koutsogiannis’ children, his ‘poulakia’ [chicks], were Koutsogiannopoulakia. This is how the family name came about.

From Laconia to Santorini

In 1870, the three Koutsogiannopoulos brothers from Katavrotha, Molai, Laconia, Grigorios (22), Dimitrios (24) and Theodoros (19), young traders in oil and potatoes, were selling their wares in Syros, the largest trading port at that time. On one of their trading trips from Kyparissia to Syros, their small sail boat, loaded with skins of oil, was blown off course by strong winds. The unknown island on which they landed was Santorini. At that time, it was a forgotten island. Life there ranged from hard to impossible. There was no rain and so there was little flora or fauna. The inhabitants would say, ‘We are not people, we are Santorinians’, in other words, they were used to hardship.The virgin Santorinian market immediately consumed their products, goods from another world, something they had been waiting for some time. Greatly excited by the unexpected reception their goods had received, the brothers Koutsogiannopoulos did not go to Syros again, instead, they sold – without competition – whatever they brought in from Peloponnesian Laconia on Santorini. Santorini was a dry island, without forests or rivers. It did, however, have a lush green carpet: its vines. With the shrewdness they were known for, the Koutsogiannopoulos brothers were quick to realise the value of these vines.They settled in Santorini permanently. They bought land and devoted themselves to the vines and the production of wine.Traders that they were, it was not hard for them to open up new markets for Santorinian wine.

A decisive role in the rise and establishment of Grigorios and Dimitrios in their trade and their new ‘promised land’ was played by the ‘Benjamin’ of the family, their third brother. Theodoros served in the Greek army, completing three terms of military service: one for himself and the other two for his brothers! Nine years in total. In this way, his brothers did not have to leave the market and risk their customers in the market in Syros, their major competition, forgetting about them. They could gain experience that would not be interrupted by their military service. Of course, they had an obligation to make sure that Theodoros was provided for, so they gave him all their property in Molai. A powerful example of solidarity from another time.

Their work ethic and intelligence meant that within 20 years they had amassed quite a fortune: a fleet of sailing ships, which was necessary to transport their wine off Santorini; and movable and immoveable property.

Their rapid professional rise was aided by:

a) their knowledge of the sea and sea transport

d) their making use of the opportunities that they were given.

The largest part of their export activity was with Russia.

This was helped by the fact that,

a) the Orthodox Russians liked to use Vinsanto – the sweet Santorinian wine that was becoming increasingly well known – in their communion service;

b) the dry wine that was then produced in Santorini, with a high alcohol content (17ο-18ο), was also very popular in the Russian market, with its exceptionally cold climate.

c) the good relations between Greeks and the Russian tsar.


Trade relations between the Koutsogiannopoulos brothers and the Russians came to an end with the October revolution of 1917. However, new markets opened up. There was interest shown in Italy and France for the high-alcohol content Santorinian dry wine, as well as Vinsanto.

In fact, they would pre-pay the quantity wanted, before the harvest to guarantee that they would have it. Wine, therefore, became the brothers’ most important professional activity. The decade following the Santorini earthquake of 1956 was very bad for all its inhabitants. En masse, they sold their land, homes and animals and moved, mostly to Athens. The Koutsougiannopoulos brothers stayed and went through the hard years. The recession ended with the building of the public power plant in 1965. Gradually the first electric machinery arrived, changing the way in which wine was produced. The arrival of technology was instrumental in improving quality.The third generation, which has seen great changes in technology in the the production sector, envisaged an underground museum dedicated to their wine...

So, we made use of the great quantity of machinery and tools that we already had. The tunnels and the storage area of the old winery were ready and waiting to revive memories. It fell to the fourth generation to realise a plan, the like of which Greece has never known. The original plan related to the family’s history. However, this history was intrinsically linked with the history of Santorini and very soon, the museum went beyond its ties to the family and described, in a simple manner, the life of Santorinain wine producers, from the first simple wine press of the 1660’s to the changes in technology brought about in the 1970’s. The musem required 21 years to arrive at its current form; with the family as the one and only sponsor.

Today, the visitor can travel back in time and spend some time with the people of that era. To understand how demanding the work was.There are animated and static mannequins, with the relevant lighting and sound, and, with the help of an electronic tour guide, visitors can become a member of the family, as they travel through the centuries. Young Gregoris Koutsogiannopoulos, the 5th generation, is today a pupil in the first class of primary school. 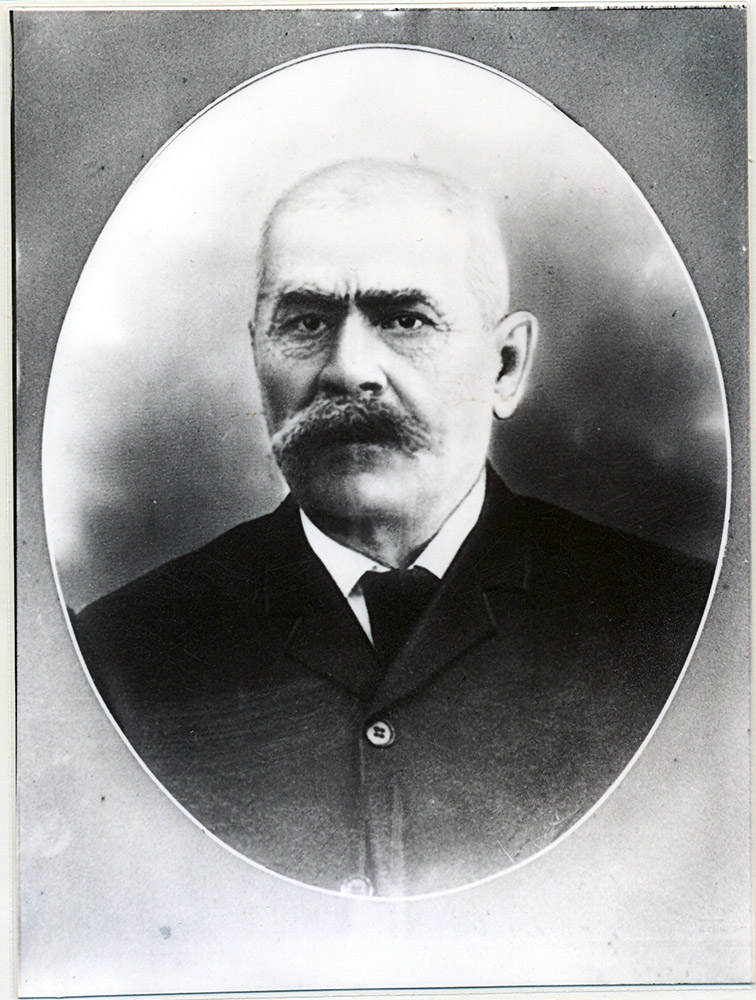 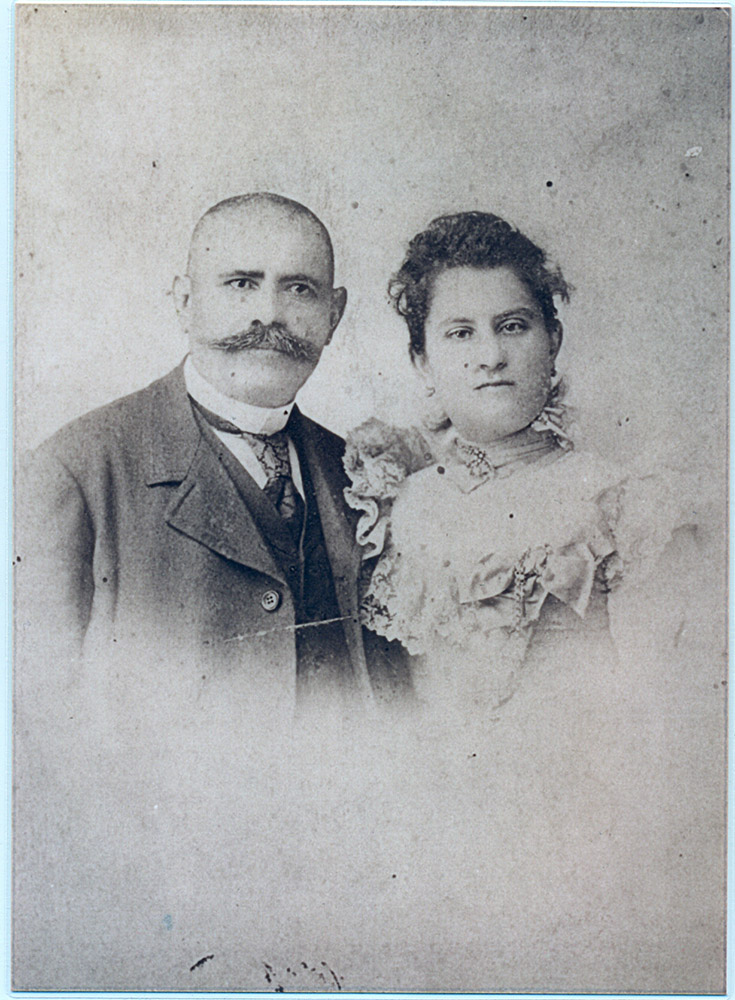 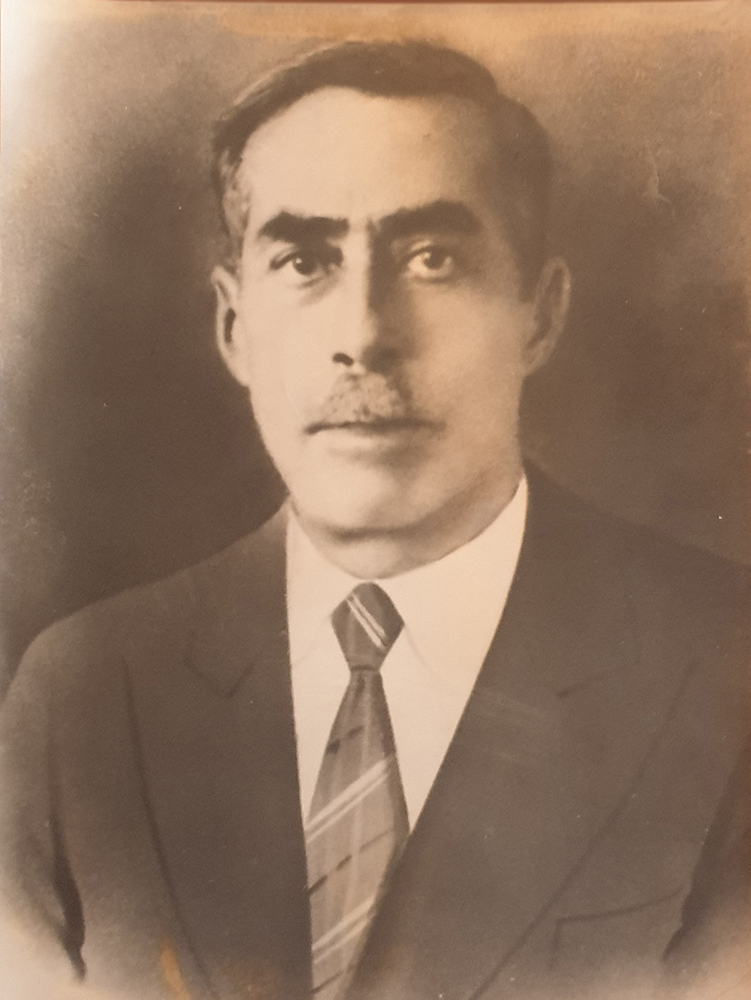 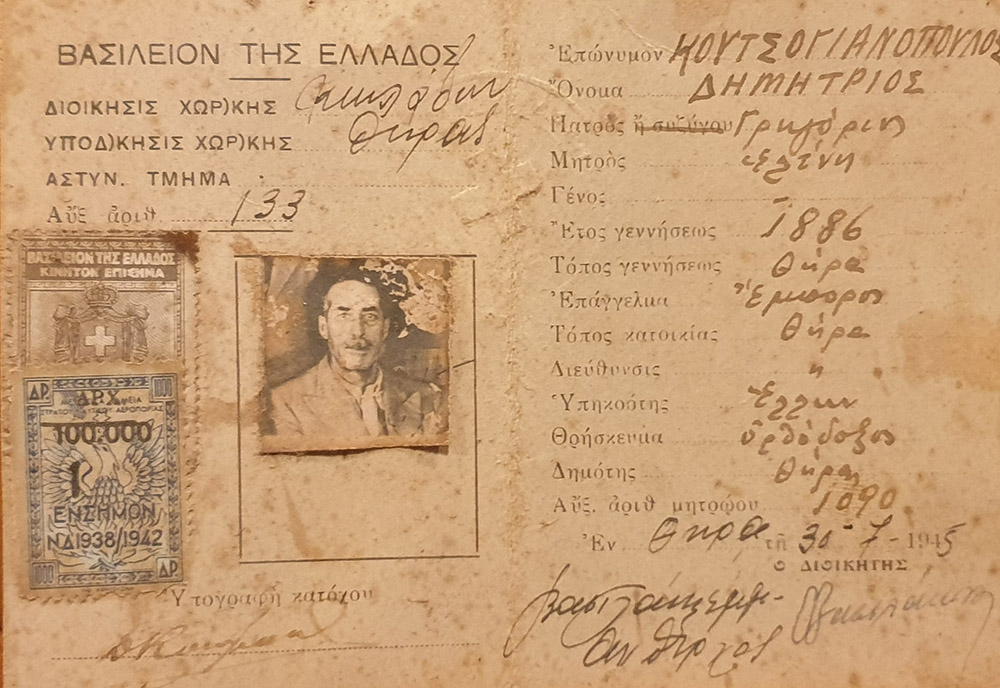 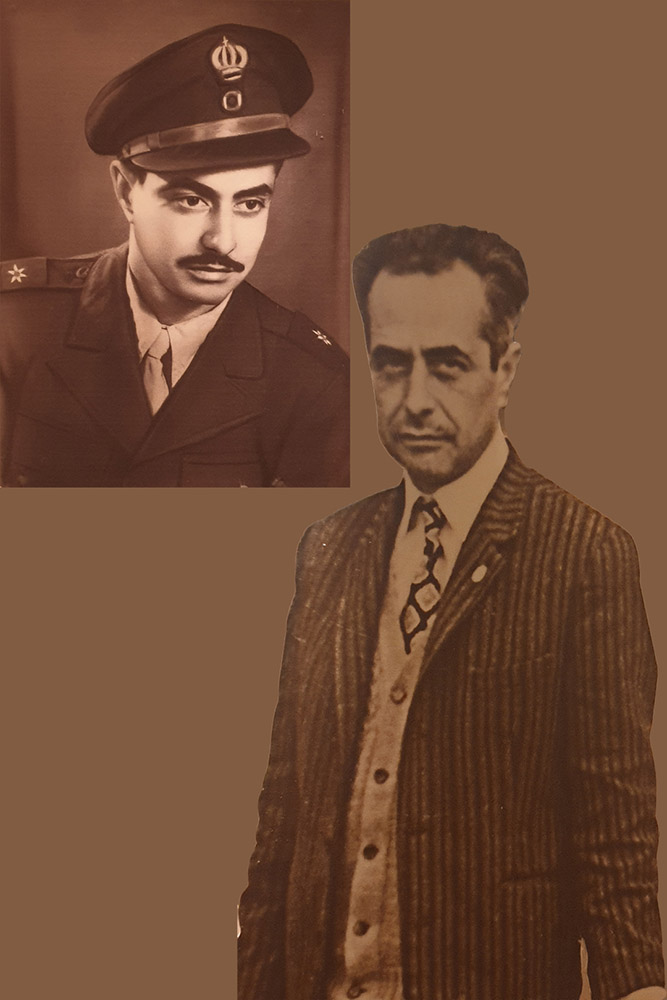 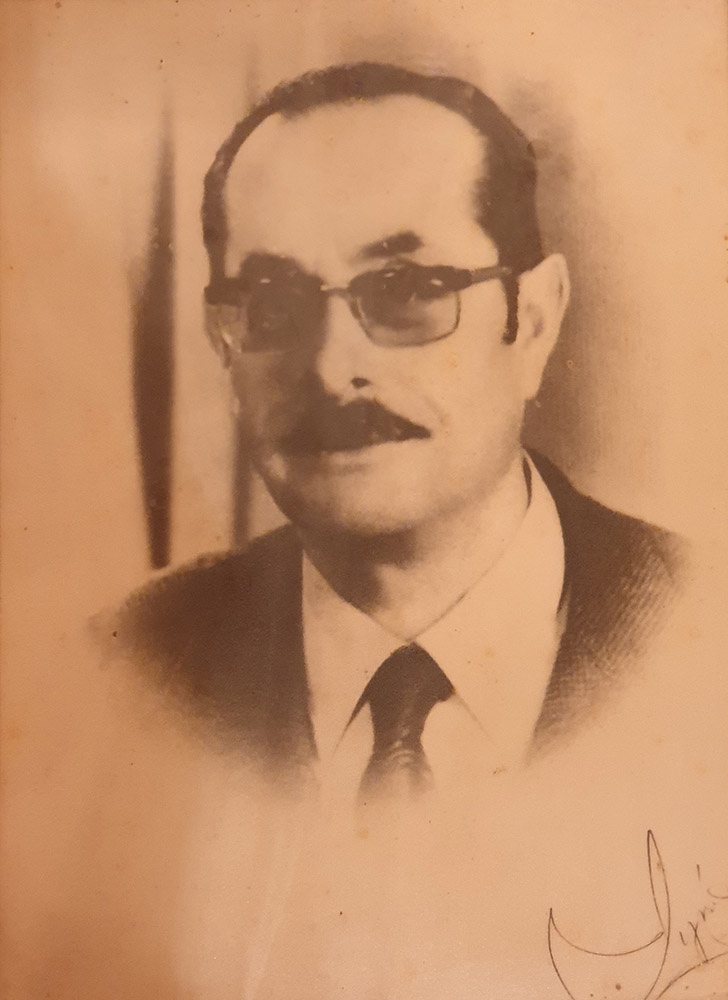 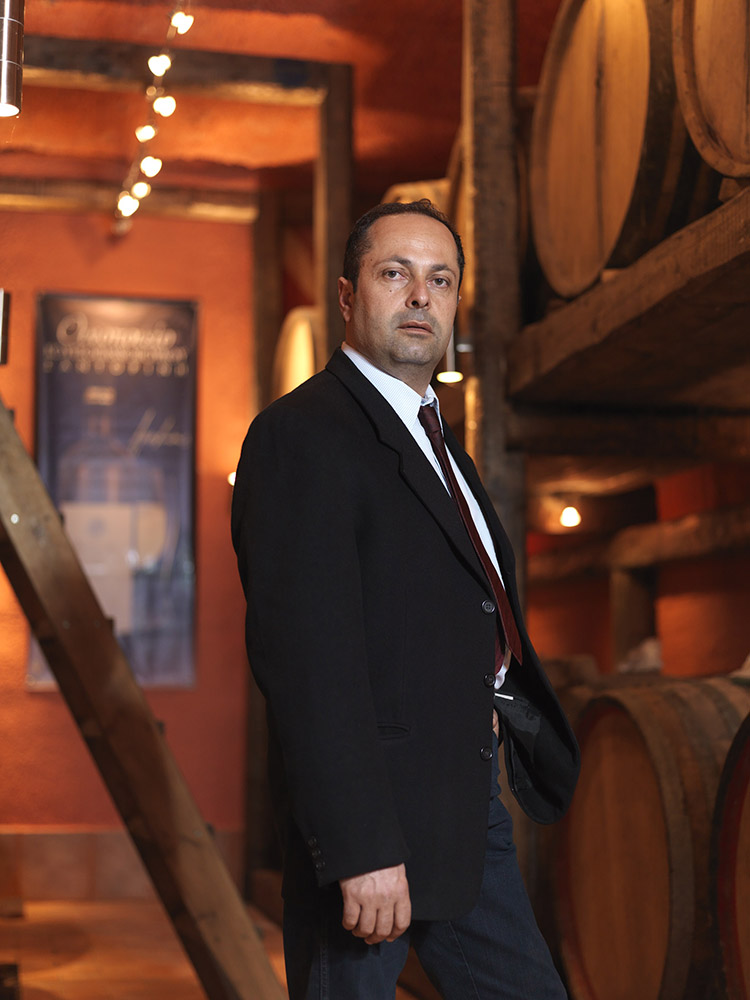 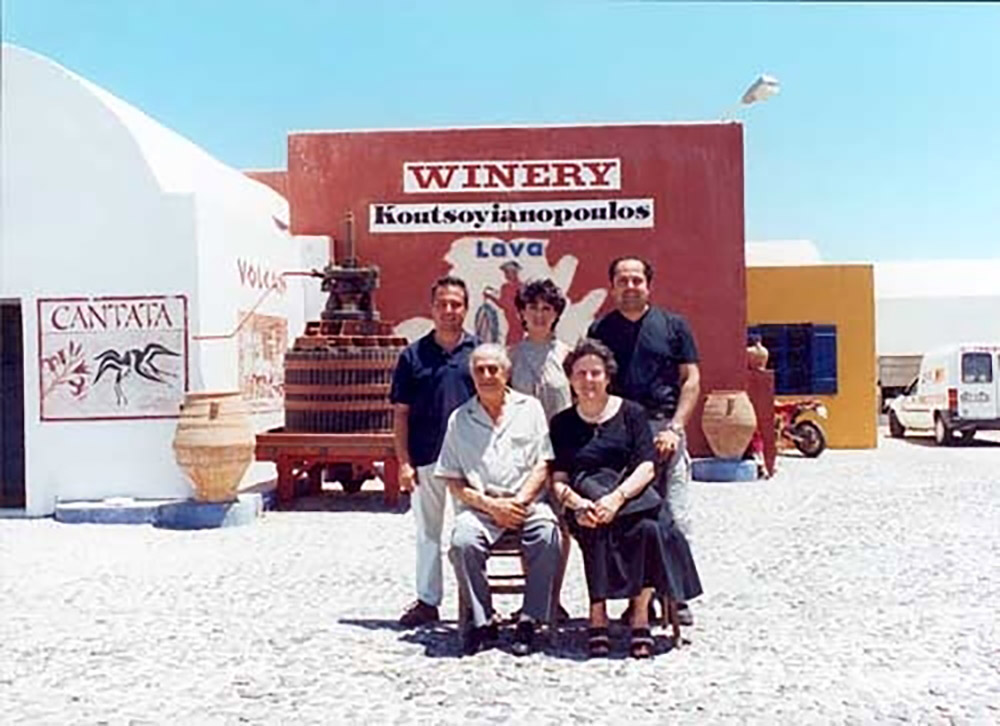 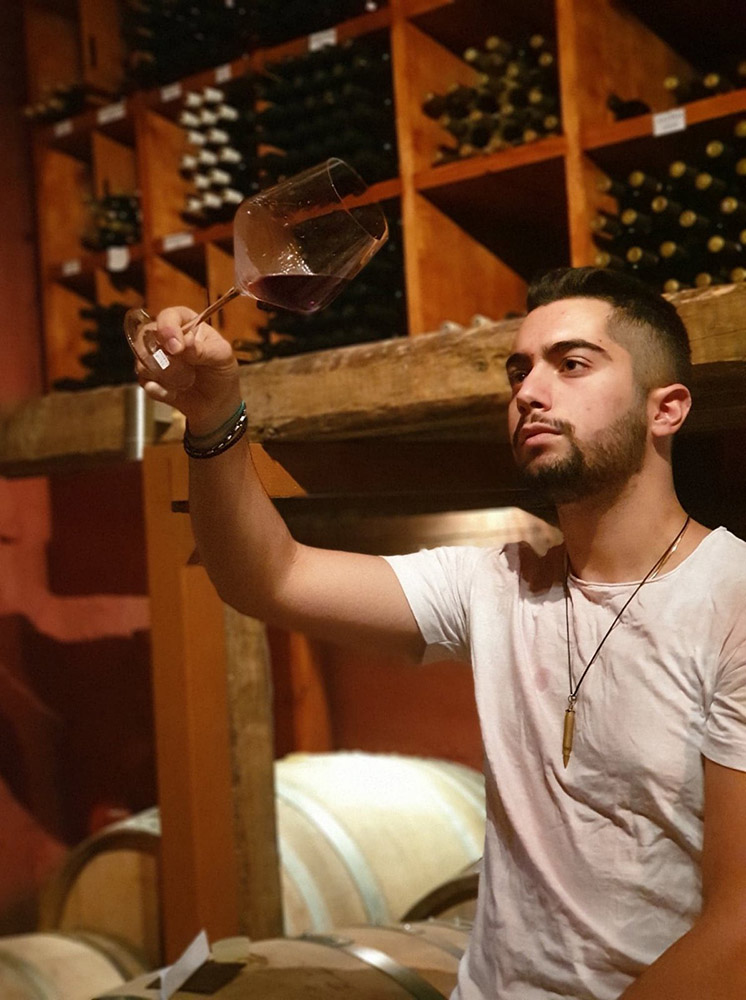 The brothers Grigorios and Dimitrios Koutsogiannopoulos, originating from Katavothra Molaon of the Laconia Prefecture (Peloponnese), arrived in Santorini by sailboat. They started to work as olive oil traders.

Their sharpness and hard work enabled them to develop, acquire real estate and sailboats and establish considerable financial standing within two decades, which was considered a remarkable achievement by the society of Santorini.

The Russian Revolution of 1917 marks the open up in markets of West Europe, France and Italy. The popularity of Santorini wine confirms it as a truly high-quality wine.

In 1967 the power station started operating in Santorini.

The first electric machinery that helped to improve the winemaking process and the quality of Santorini wine was acquired.

Thus, in 1970 we gradually began bottling with the first semi-automatic winemaking and bottling equipment. Our first labels were VOLCAN and LAVA.

Equipped with state of the art technologies and with extensive experience in the vineyards of Santorini and the local grape varieties, we produce high-quality wine.

We put forth our best effort to maintain and improve the quality of our wines and the aesthetic appearance of the bottles and labels to ensure the very best quality.

The Wine Museum took twenty-one years of hard work, patience and perseverance to be created by our family and it presents the history of vine-growing in Santorini.

The visitors can learn about the life of vine-growers in Santorini from 1660 to 1970 through a range of exhibits.